IN this digital age I still read printed books from the library. Yes, my town is still blessed with a library. And, yes, I’ve been known to read eBooks; they need no shelf space, are searchable, highlightable (should there be such a word) and quotes can easily be copied for the obligatory social media sharing. Physical books, on the other hand, don’t need batteries, aren’t prone to startling you with notification sounds and don’t emit harmful light when you read them in bed. And with the added technology of a bookmark, I get real-time updates of how far through I am, at a glance.

None of which is particularly relevant to the point, except that the point was made to me by reading a physical book. 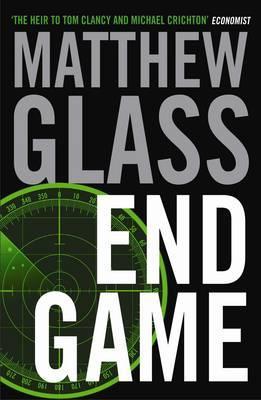 The work in question is End Game by Matthew Glass, which GoodReads describes as “a powerful geo-political thriller set in 2018 that describes the build up to a confrontation between the navies of the world’s superpowers, U.S. and China, off the Horn of Africa.” Couldn’t have put it better myself.

The build-up to said confrontation begins with shenanigans on the US stock market. The book was written in 2011, just three years after the 2008 financial crisis, and envisages how the influence of investment funds belonging to foreign governments could conceivably wreak havoc and bring about another crisis. It was quite an eye-opener to realise how much influence other nations can potentially exert on a country’s economy via their investments. Our economies are deeply intertwined and we’d better get used to it.

Add to the mix a UN-sanctioned military intervention that unwittingly upsets the Chinese, stir well and wait for a few weeks until you somehow end up with a standoff between navies that could lead to a major war. The fictional US President can’t quite believe how this has escalated and despairs that such financial and military crises should converge just as the country goes to the polls for the midterm elections. Not only that, but none of the options his advisers give him are appealing, all leading to disaster one way or another, sooner or later. They pretty much boil down to a classic Hobson’s Choice between Act Tough or Back Down, both of which will have dire consequences as things stand.

Until, that is, the US ambassador to the UN challenges the President to think again. She manages to get him to consider the work of a professor friend of hers who’s been predicting exactly this kind of issue as globalisation marches on in its various guises – not least, on the world’s stock markets.

While the academic isn’t accustomed to applying his theories to the real world, let alone coming up with pragmatic solutions, conversations between him, the ambassador and the President eventually lead them to the Third Option.

The Third Option emerges from considering two questions:
“What might be driving them to behave like this?”
and
“What do they want?”

These questions might sound trivial, but up to that point, it’s clear nobody has really asked them. Naturally, the resulting diplomatic and military strategy, although risky, has the desired effect. The military forces stand down, there are internal political maneuverings in China, concessions are offered by the US and things get back on track. Lessons have been learned and the tale reaches a very satisfactory conclusion.

“Nice book review,” you might be thinking (I wish), “but what’s this about it making you think again?” Well, I see a general moral from the tale that when you seem to have no good options, there’s always a better way if you look hard enough. And, with God on our side I genuinely believe that’s true; the Bible promises that He’ll give wisdom to anyone who knows they lack it and who asks Him. (Caveat: Sometimes an option that looks bad to me may actually be the right one; I just don’t want to follow it!)

But it just so happens that the story made me think again about two specific issues in my personal life where I felt I was either banging my head against a brick wall or repeating mistakes of the past. In both instances I could predict with reasonable certainty what my options would lead to, none of it particularly helpful. So I asked for that wisdom and believe that in both cases I was pointed to a Third Option. For one issue it came from reading articles on a web site; for the other it was literally a case of telling myself that my normal reaction had been unhelpful for long enough so I needed to change it.

Just like in the novel, my Third Options don’t sound particularly insightful or sophisticated, but they’re what I needed to at least start off down a hopefully more fruitful path.

By the way, I’m aware you may be curious about what my issues actually were. Because I had no intention of saying what they were, I hesitated to write this post but decided I would, if only for my own future reference! So – sorry, not telling. Not because they’re terrible or scandalous, but because they’re private (remember that word?!).

The more important question is: Do you need a Third Option today? Get looking, get asking. If you seem to be heading for disaster now or disaster later, pray for the better way. Pray for the right conversation, the right idea – whatever it takes.

This site uses Akismet to reduce spam. Learn how your comment data is processed.