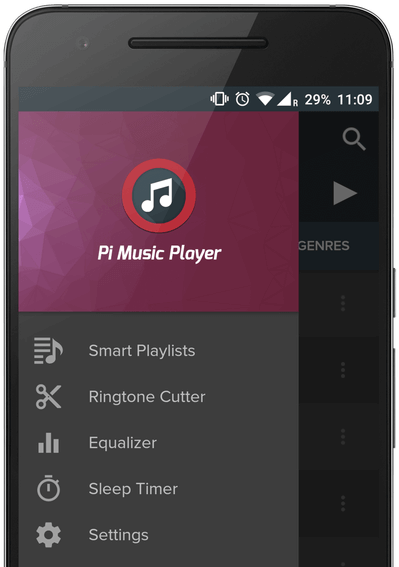 This little irritation had been bugging me for a while when using Pi Music Player on my Android phone. Here’s what I noticed: Even though all the tracks for an album were only in one place on the SD card, in a folder dedicated to that album, and not duplicated anywhere else, the album would appear twice in my music player.

If the album has, say, 13 tracks, one instance of the album would show 9 tracks and the other would have the remaining four. So to play the whole album I’d actually have to play two “albums”.

This discussion thread gave me the clue, particularly because the person posting the question (CHCubsFan1997) was following the same scenario as me by getting his/her MP3 tracks from iTunes on their PC. That’s what I do. When I get a CD I rip it into iTunes then copy the tracks to my SD card. (I use iTunes for historical reasons – my first music device was an iPod Touch. I just never changed my procedure!)

The thread suggested there must be a difference in “tags” between these tracks that were getting separated, causing the music player to see them as two different albums. So, going back to my iTunes Library, I compared the properties of two affected tracks and found that one had the name of the band in both Album Artist and Contributing Artists, whereas the other only had the band name in Contributing Artists. Why that should be I have no idea – a glitch on the original CD, or something weird done by iTunes.

You can fix these one at a time in Windows Explorer, but it’s faster to do it in iTunes. Next to the album name, click the three dots and select Album Info. That lets you edit attributes for all the tracks at once. Sure enough, the album artist attribute showed mixed, meaning that for some tracks it was empty. I just entered the correct band name there and clicked OK.

The final step was to re-copy the tracks from iTunes library to the SD card. Voila! No more splitting of albums.

This site uses Akismet to reduce spam. Learn how your comment data is processed.